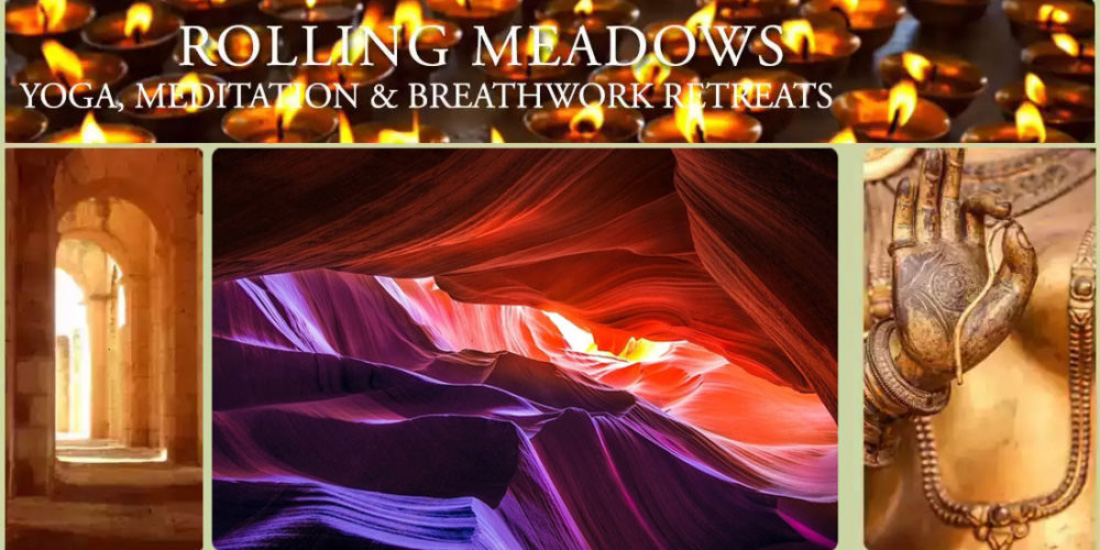 The Integral Yoga of Sri Aurobindo and The Mother

The teaching of Sri Aurobindo originates from that of the ancient sages of India who understood that behind the appearances of the universe there is the Reality of a Being and Consciousness, a Self of all things, one and eternal. This is the foundation of all authentic spiritual practice.

Seasoned practitioners offering an innovative approach to asana with focus on listening from within.

Breath focused approach offering a slow deep inquiry thru asana and breathing for self evolution.

Continuum, the work of Emilie Conrad.  Somatically based, it is a process by which one can experience the interconnection of our own origins with the larger currents of all organismic life, beginning with the first cell and ultimately layered into the intricacies of human form. Emilie’s work opens the body to the subtle nuance and full spectrum of the practice of yoga.

Dr. Jean Klein, a musicologist and doctor, spent several years in India where he met his Guru and was initiated into traditional wisdom. He was eventually sent back to Europe to teach Advaita Vedanta. This teaching employs a “direct approach” beyond any mental activity or striving, pointing straight to the ultimate where all that belongs to the mind, time, and space is integrated. What is sought is a sudden insight, a clear awakening to what we are, what we have been, and what we shall be forever.

In keeping with Patanjali’s philosophy, the KYM, founded by TKV Desikachar, has played a significant role in popularizing yoga as a holistic science that stems from a well founded theoretical basis, rather than as mere exercises for physical fitness.  His teaching method is based on Krishnamacharya’s fundamental principle that yoga must always be adapted to an individual’s changing needs in order to derive the maximum therapeutic benefit.

The Feldenkrais Method® is a form of somatic education that uses gentle movement and directed attention to improve movement and enhance human functioning.

Thomas Hanna, an original philosopher/teacher, developed a theory of somatology and of the field he named Somatics.  His work opens new pathways for sensory awareness and fluid movement, re-awakening human potential.

Authentic Movement
Authentic movement is a profoundly simple form in which a mover moves with eyes closed in the presence of a witness. Rooted in Jungian depth psychology, it is a practice that stands alone with its own integrity.  At its core, Authentic Movement is about trusting the innate wisdom of the body to lead us toward healing and the development of conscious presence.  In the practice of Authentic Movement, the body is the gateway of awareness itself.  It informs the creative process, contemplative practice, and healing on all levels.

Having spent many winters on Lake Atitlan in Guatemala, we have become involved with the non-profit organization, Sharing the Dream. The organization provides food and medical care for marginalized elders. Here, in the village of Santiago on Lake Atitlan in the Guatemalan highlands, the lives of the indigenous people have deeply inspired and enriched our lives.

Links for Pranayama and Breathwork

A general overview of the various approaches can be found here.

Comprehensive overview of Holotrophic Breathwork by Stan Grof is here.

Adyashanti
Teacher of Advaita. Lives in California. A vibrant and compelling teacher who gives satsang throughout the United States. Very clear with a great sense of humor. A student of Zen for 15 years who had a sudden realization of his true self and “woke up out of Zen.” Dialogues and talks. Daylong and 5 silent retreats with sitting meditation. His approach to meditation minimizes any technique.

Ramana Maharishi
Extensive site dedicated to this spiritual giant of the 20th century who died in the 1950’s at the ashram that formed around him in India. Advocated “self-inquiry” as the only way to know the true Self. He asked people who came to him to inquire into “who is it that is asking these questions.”

Sri Nisargadatta Maharaj
Devoted to the work of the late Sri Nisargadatta Maharaj, the proprietor of a small cigarette shop in Bombay who gave daily talks in a small room above his shop. Next to Ramana, one of the most influential teachers of non-duality. A compilation of many of his dialogues and talks, I Am That, is a classic.

Ramesh Balsekar
Ramesh gave daily talks in his apartment in Bombay until his early 90’s. After retiring as President of The Bank of India, he started visiting Nisargadatta. He soon began translating the talks and before Nisargadatta died, he asked Ramesh to give talks. The author of many books on Advaita, he is considered one of the foremost contemporary sages in the Advaita tradition.

Papaji is probably most responsible for bringing the teachings of non-duality to the west. His transmission of the teachings of Ramana Maharishi inspired and awakened many westerns to the truth of Being, from which many teachers of this tradition have emerged.

Gangaji Gangaji invites spiritual seekers from all walks of life to call off the search and discover the depth of true peace and freedom that is already here, alive within us all.

Neelam
Neelam, spiritual teacher in Galisteo, New Mexico. From the website – “Our mission: To support the awakening of the individual consciousness into the Oneness of Being.”

J. Krishnamurti
The core of Krishnamurti’s teaching is contained in the statement he made in 1929 when he said, “Truth is a pathless land”. Man cannot come to it through any organization, through any creed, through any dogma, priest or ritual, not through any philosophical knowledge or psychological technique. He has to find it through the mirror of relationship, through the understanding of the contents of his own mind, through observation and not through intellectual analysis or introspective dissection.”  His teaching clarify the need to bring meditation into our daily lives.

www.dhamma.org
Vippassana Meditation, as taught by S N Goenka. Focus on sensations of the body based on Burmese based Vipassana. Centers throughout the world. Goenka teaches 10 day silent retreats by video with assistant teachers at the retreats.

Insight Meditation Center
Meditation retreats in Barre, Mass. with variety of teachers through the year with instructions in Vipassana meditation, often in the Thai Forest Tradition. Also the site for the Forest Refuge, a center for more self-directed meditation retreats, located adjacent to IMS.

Stillmind.org
A blog about using simple mind-body practices for greater peace and productivity at work.

Forest Refuge
IMS’s Forest Refuge offers a harmonious and secluded environment, specifically designed to encourage sustained, longer-term retreat practice – a key component in the transmission of Buddhism from Asia to the West.